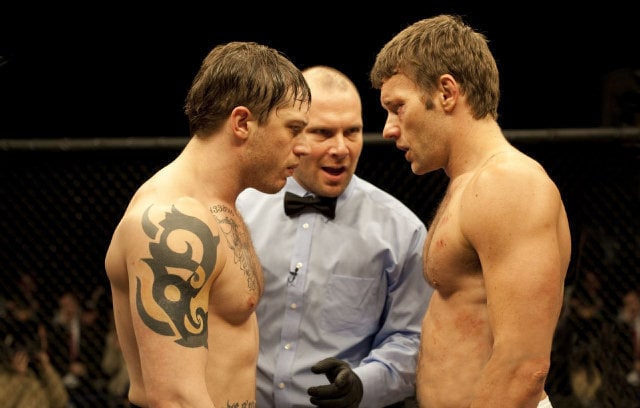 Warrior, written and directed by  Gavin O’Connor, is the story of two estranged brothers set on a course to matchup at Sparta, the largest MMA tournament in history, with the 2-day, 16-man tournament champion taking home $5 million.

Tommy (Tom Hardy) is an ex-Marine being trained by his alcoholic father, Paddy (Nick Nolte). Brendan (Joel Edgerton) is an ex UFC fighter who is now a high school physics teacher, trying to make ends meet and save his family from losing their home.

Nick Nolte has been nominated for an Academy Award for Best Supporting Actor. The nomination is well-deserved, however, I believe Christopher Plummer (Beginners) will take home the award.

Warrior is much better than I anticipated. If you are a fan of MMA, boxing or even WWE, with Kurt Angle (Koba) playing a large role in the film, no doubt you will enjoy Warrior.