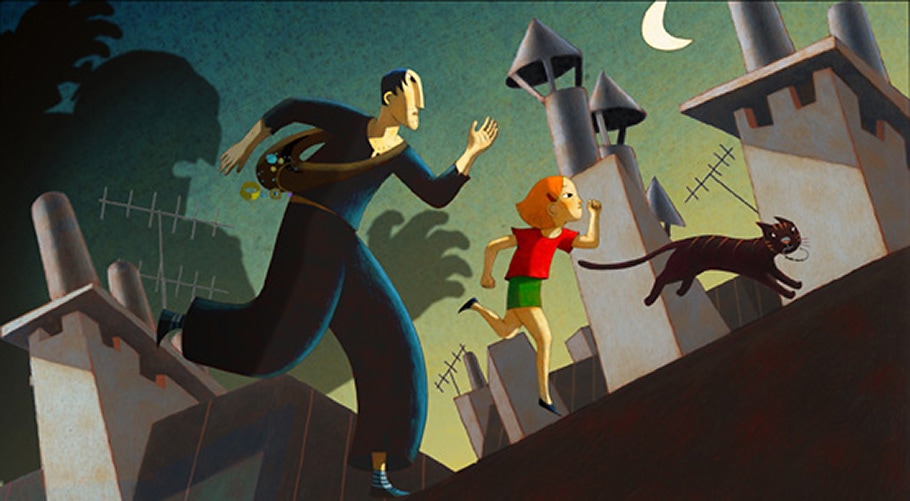 One of the little known nominees in the “Animated Feature Film” category at the 84th Academy Awards, A Cat in Paris, is the story of  a cat named Dino who leads a double life. By day, Dino is the pet of 7 year-old Zoé (Bernadette Lafont), but by night, Dino is the sidekick of burglar and art thief, Nico (Bruno Salomone).

Eventually, Dino’s two worlds collide as Zoé follows him out on a late night adventure. 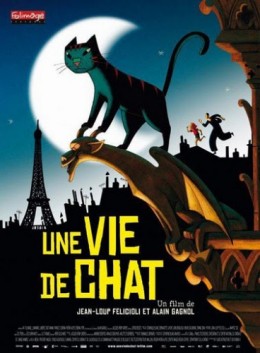 Zoé’s mother, Jeanne (Dominique Blanc), is superintendent of a Parisian police department. Jeanne is currently working the case of the burglar along with being charged with preparing for a world-famous art exhibit coming to town, which she expects will be attempted to be stolen by Victor Costa (Jean Benguigui), the Parisian gangster who allegedly killed her husband.

A change from the American nominees, A Cat in Paris is hand-drawn… Yep, not every cartoon is computer animation! The hand-drawn animation is fantastic and the story is the most interesting amongst the animated films, so far (I still have not watched Chico & Rita).

I love this film. I will most likely watch it again and will definitely recommend it to anyone who is not afraid to watch a foreign film. A Cat in Paris has easily jumped to the top of my best “Animated Feature Film” rankings.