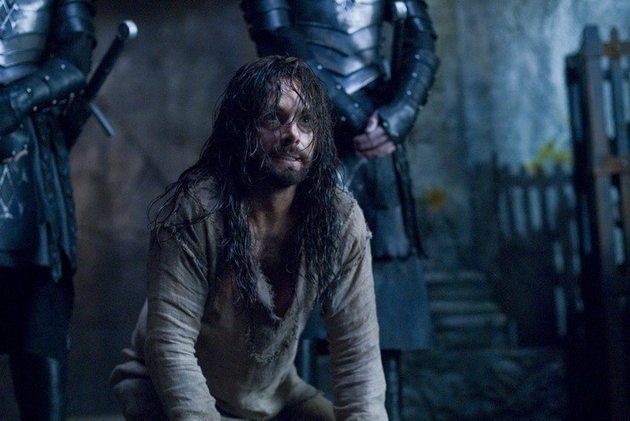 So many people have told me that the third installment of the Underworld series is by far the worst. I did not find that to be true. Underworld: Rise of the Lycans (2009) comes in second of the original three films, next to Underworld (2003). Of course, I have not yet watched Underworld: Awakening (2012), so I cannot completely rank the series.

Rise of the Lycans is a prequel to the rest of the Underworld series, telling the story of Lucian (Michael Sheen), the first Lycan with the ability to transform between human and wolf form and his escape from slavery as guardian of Viktor (Bill Nighy) and the vampire covenant.  However, upon escaping, Lucian must return to rescue Sonja (Rhona Mitra), Viktor’s daughter and his lover.

Upon learning of Lucian’s relationship with Sonja, Viktor and the vampire counsel sentence Sonja to death. Now united under a single leader, Lucian, Lycans old (stuck in wolf form) and new (able to transform between human and wolf form) wage war against the vampires to free all Lycans from slavery.

Underworld: Rise of the Lycans is better than I anticipated. Actually, if it were a movie not based upon a previous film, I’m pretty sure it wouldn’t be as hated.