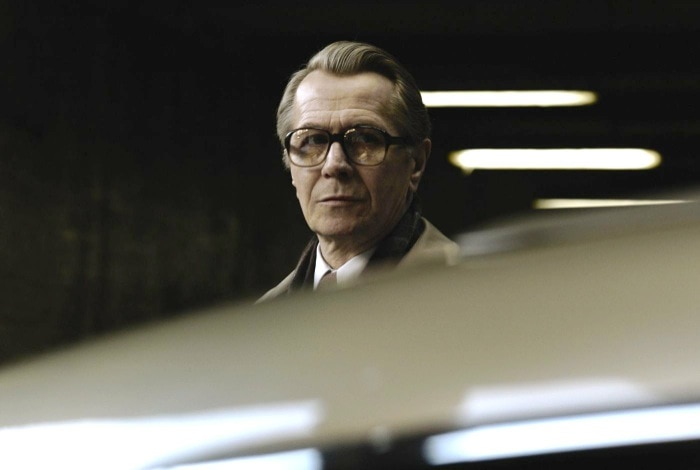 1973, a double agent is deep inside British Intelligence. George Smily (Gary Oldman) is called out of retirement to investigate the suspicions of the previous head of intelligence, code-name “Control” (John Hurt).

Tinker Tailor Soldier Spy is SO slow that I was shocked to find the running time is only 127 minutes (122ish if you leave of the end credits). It felt more like three and a half hours. As well, the film is not nearly as suspenseful as the trailer leads viewers to believe.

Gary Oldman is nominated for an Academy Award for “Best Actor.” Is his role worthy? Maybe, but I didn’t find his performance overly spectacular and with the numerous characters, I’m not really sure there is an actual “Lead” in the story.

Tinker Tailor Soldier Spy is very slow and requires a lot of attention. Be ready to match code-names with character names and code-names with operation names and back and forth. This movie is definitely not for everyone.