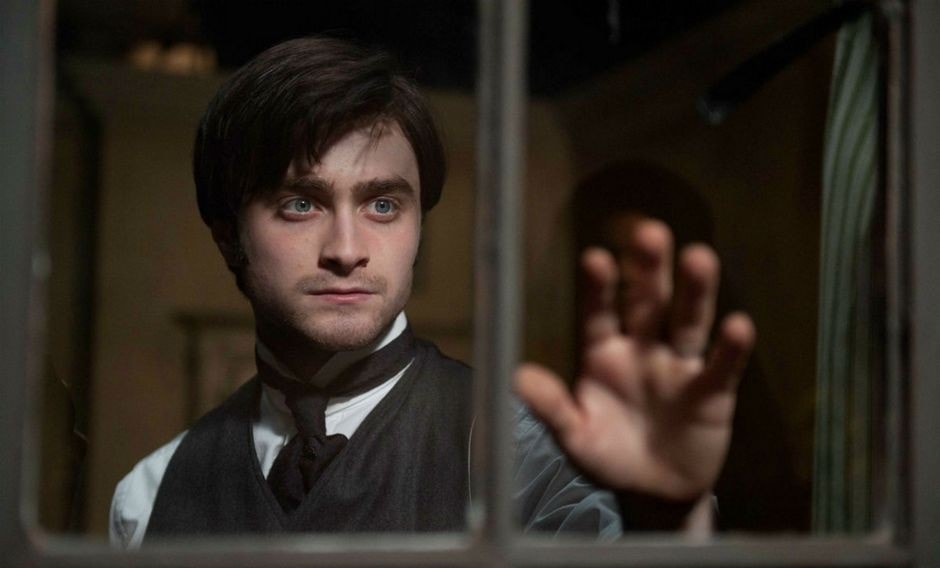 Tonight I decided to take a break from watching Academy Award nominated films.

Might as well start this off with a shocker –  I have never watched a Harry Potter movie… There, it is – out in the open. Why did I find it important to mention this? Simple. I do not see Daniel Radcliffe as Harry Potter. In fact, while watching the newest TV spot/trailer (can’t find it online), the one with the audience reactions, I had no idea who was playing the main character. That being said, obviously, I had no issue viewing Radcliffe in a role other than Harry.

The Woman in Black, directed by James Watkins, based on the 1983 novel written by Susan Hill, is the story of a young widowed London lawyer (Radcliffe) who is sent to a small town to handle the estate of Alice Drablow who owned Eel Marsh, which is said by local to be haunted. The Woman in Black has also been made into a stage play and a 1989 made for TV movie, which has sparked my interest for a comparison… If I can find a copy, that is.

An interesting tid-bit: Adrian Rawlins –who played Daniel Radcliffe’s father in the Harry Potter series– played the same character in the 1989 version as Radcliffe plays in this film.

The film is a bit creepy and a bit spooky, but does not offer much outside the norm in the suspense/thriller/horror genre. There are a few scenes to make you jump, and if you are like my movie-going companion, Stephanie, and are creeped out by children doing scaryish things, you will have a few more opportunities to be disturbed.

One thing I do have to say, that Woman in Black is a real loud-mouth and an absolute bitch. You’ll know why after you see the movie, if not, just ask.

The movie ended with a bit of a shock… But that shock left me with another unanswered question.

The Woman in Black is worth a watch if you’re looking for something other than Academy Award nominations. The film has already exceeded opening weekend expectations set forth by CBS Films for the films’ opening weekend.