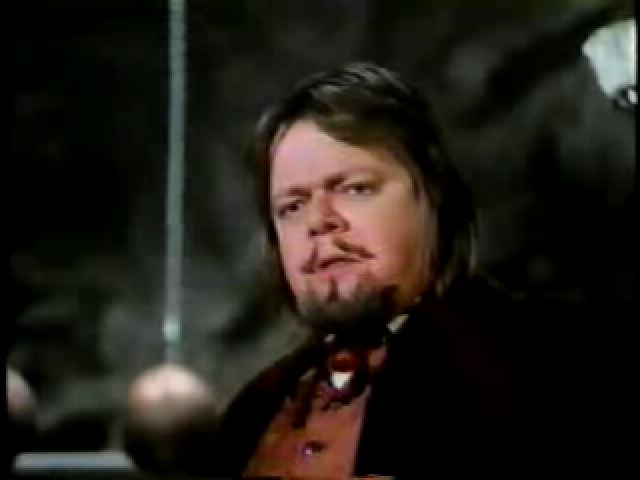 The 1979 made for TV movie, set in 1885, calls retired secret service agents Jim West (Robert Conrad) and Artemus Gordon (Ross Martin) out of retirement to investigate the kidnappings of various world leaders, who have been replaced in their seats of power by body doubles, including United States President Grover Cleveland (Wilford Brimley).

Dr. Michelito Loveless, Jr. (Paul Williams, pictured above), son of West’s arch-rival, is suspected of trying to take over the world by controlling world powers, one country at a time.

I recently (last summer) watched “The Wild Wild West” TV series, but never got around to the TV movies. Today, the urge to watch the movies hit me.

If you watched the 1999 remake, never seeing the original TV series, you probably will not enjoy the made for TV movie. I, however, did.