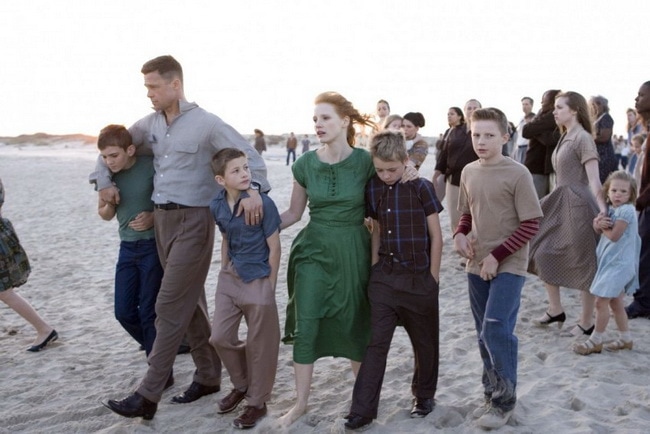 Epic and boring. There really is no other way to describe The Tree of Life, written and directed by Terrence Malick. 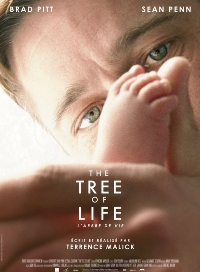 The Tree of Life is a film of vast ambition and deep humility, attempting no less than to encompass all of existence and view it through the prism of a few infinitesimal lives. The only other film I’ve seen with this boldness of vision is Kubrick‘s 2001: A Space Odyssey and it lacked Malick’s fierce evocation of human feeling. There were once several directors who yearned to make no less than a masterpiece, but now there are only a few.”

All of this is true. The movie is a journey from the beginning of the Earth through its demise and the meaning of life… Ya, epic.

The Tree of Life has fantastic imagery and very little dialogue with some monologue, mostly as whispered prayers to God. You must force yourself to pay full attention to truly get the most enjoyment from this film. To be honest, it took me four different attempts at watching The Tree of Life, before finally forcing myself to watch beginning to end.

This is a movie that grows on you. Immediately after finishing watching, I didn’t care much at all for for the movie… A day later, I find myself still thinking about it. That is the sign of a good film.

The Tree of Life is nominated for three Academy Awards: Best Picture, Directing and Cinematography.

The Tree of Life is definitely not for everyone. It received as many boos as cheers on its release at the Cannes Film Festival in 2011. As I said, it is boring for the most part, but will leave you thinking about it once you have finished. Also, reading other reviews and synopses is a good idea.