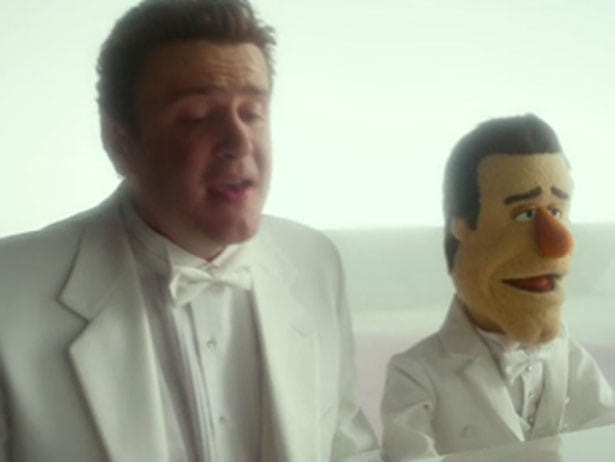 Another Bonus in the A Movie a Day Series!

The Muppets, directed by James Bobin and written by Jason Segel and  Nicholas Stoller, based of the famous characters created by Jim Henson, tells the story of two Muppets fans who discover The Muppets Studio is set to be sold and torn down.

The fans convince The Muppets to get back together to do one final show in hopes to raise enough money to purchase the studio and save it from destruction.

The Muppets’ song “Man or Muppet” is nominated for an Academy Award for Best Original Song, which is my favorite of the ONLY two nominees.

The Muppets was much more entertaining than I anticipated; I found myself laughing the entire movie.