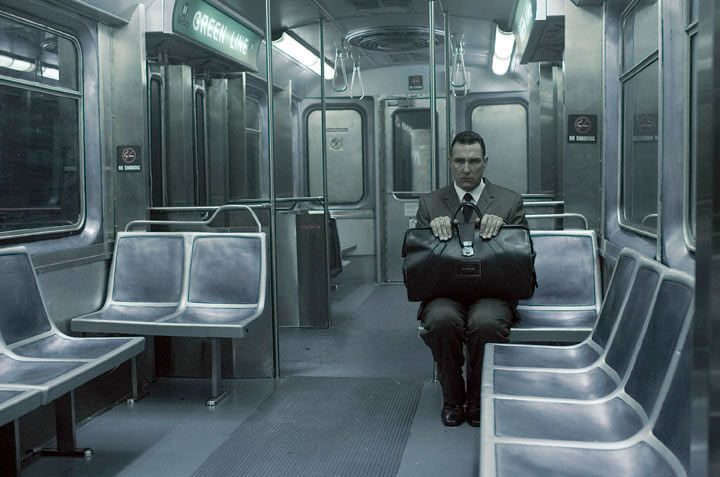 The Midnight Meat Train, directed by Ryûhei Kitamura, has been on my list of movies to watch since it’s release in 2008, when it was on many website’s and reviewer’s lists of best horror movies of the year. The movie didn’t do well in theaters, most likely due to limited release. In fact, I don’t believe it showed in Kansas City.

For a small budget, limited release film, the cast is pretty solid, led by Bradley Cooper and Vinnie Jones with Brooke Shields and Leslie Bibb.

The story centers around photographer Leon (Bradley Cooper) who witnesses and photographs a young model who is nearly raped by thugs on the stairs leading to the subway. The young model is later murdered and Leon obsesses in catching her killer and uncovering his secrets.

If you like gore, this is the movie for you. Lots of dead and mutilated bodies, with an unexpected finale.

The Midnight Meat Train falls into my “Entertaining” category. The movie is worth a watch… And I’m glad I finally did, but the lack of nudity in multiple sex scenes of a slasher flick… Come on!