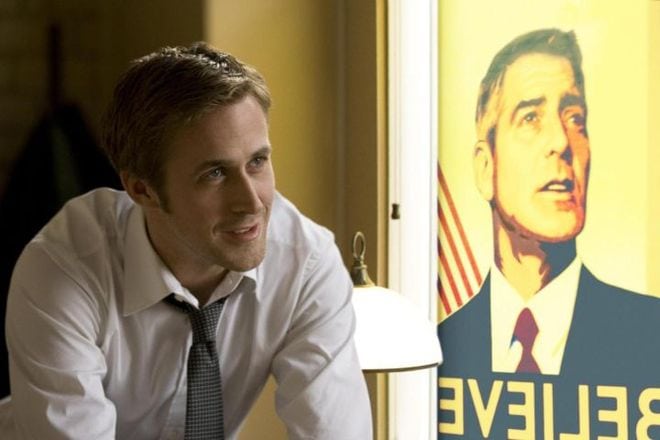 An idealistic candidate-believing press secretary is introduced to the previously unknown world of dirty politics. Stephan Myers (Ryan Gosling) believes in his candidate’s principles, views, ideologies and in the candidate himself, Governor Mike Morris (George Clooney), only to find out even the most idealistic and honest candidate’s campaign can encounter not-so-savory pitfalls and turbulence. 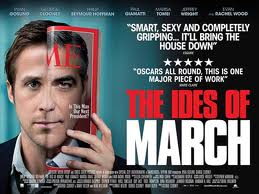 The Ides of March stars a fantastic cast of actors, in addition to Gosling and Clooney, Philip Seymour Hoffman, Paul Giamatti, Evan Rachel Wood and Marisa Tomei round out the ensemble cast. Directed and written (in part) by Clooney, with Leonardo DiCaprio as one of the film’s executive producers, The Ides of March does not disappoint this fan of political dramas. Tidbit – DiCaprio was initially cast as Stephan Myers.

Surprisingly, The Ides of March was not nominated for a Screen Actors Guild award for “Outstanding Performance by a Cast in a Motion Picture.” Yes, the cast is that good.

The Ides of March falls into my “Good” category. It is definitely worth watching, and I would have gone to see it in theaters. I wouldn’t call it a “Must See,” however.