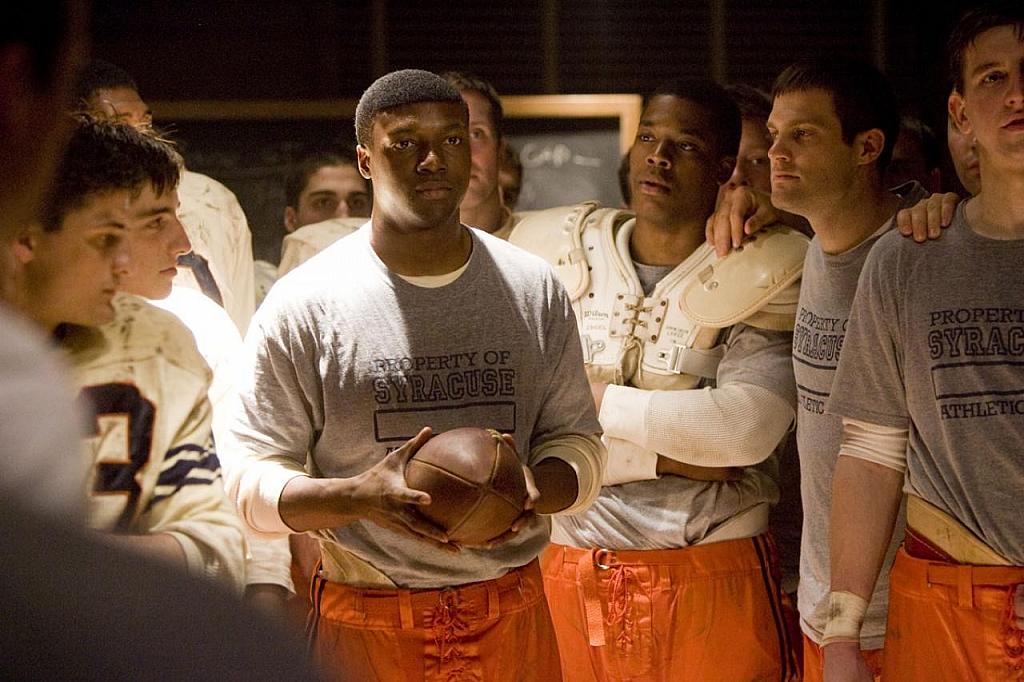 The past few days have been computer clean up days for me. Everything from uninstalling old and unused software, tweaking Windows, organizing files and watching movies that have been sitting on my computer for a long time. This makes the 3rd film in a row to fall into the “clean up” category.

Saturday I watched Land of the Lost (2009), yesterday Wild Wild West Revisited (1979) and today, The Express (2008). I am liking this method of choosing movies to watch for A Movie A Day. Gives me a reason to watch the movies I have had for a while.

The Express was alright, but nothing spectacular. It was a football movie based in times of the Civil Rights Movement. Ernie Davis (Rob Brown) was the first African American to win the Heismann Award, while playing for Syracuse University under coach Ben Schwartzwalder (Dennis Quaid) in 1962.

No doubt, Ernie Davis was an amazing college football player. Maybe even better than his predecessor Jim Brown (Darrin Dewitt Henson). That being said, it feels like I have heard this story time and time again from sports movies. I would probably watch this movie again if I find it while flipping through the channels, but I doubt I will seek it out to watch.