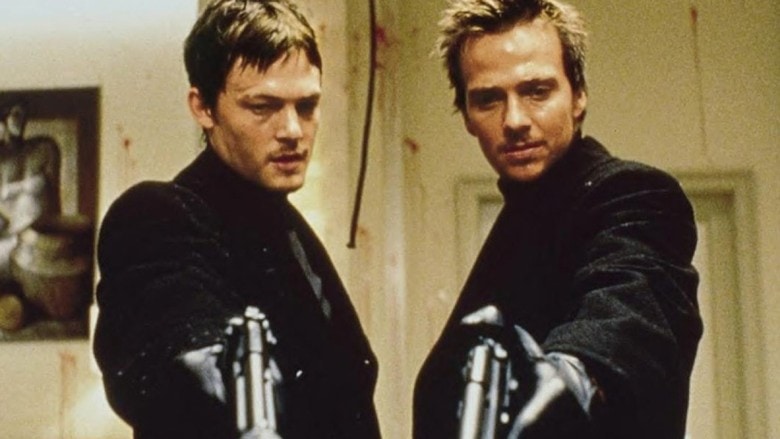 The Boondock Saints, written and directed by Troy Duffy, is more than a classic “shoot ’em up” film. It is a smart and creative  “shoot ’em up” with style and charisma.

The Boondock Saints is the story of two Irish Catholic brothers put into an extraordinary circumstance of self-preservation that turns into vigilante justice in the city of Boston, starring Sean Patrick Flanery and Norman Reedus as Connor and MUrphy Macmanus, with Willem Dafoe as FBI Agent Paul Smecker, David Della Rocco as Itialian Mafia bag boy, Rocco and Billy Connolly as Il Duce.

The Boondock Saints falls into my “Good/Great” category. This movie is a prime example of why viewers should not always listen to the critics. Critics hated the film, viewers love it. In fact, I have never met anyone who didn’t like The Boondock Saints.