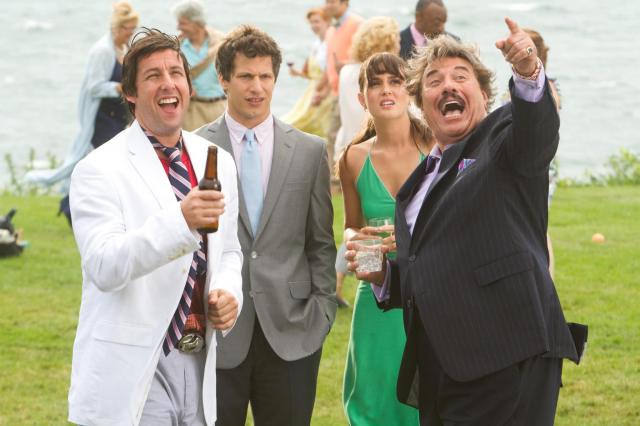 Oddly enough, the first movie in “A Movie a Day” to hit the list twice is a movie that has not yet been released. That’s right, I was invited to another research screening of That’s My Boy, set to release on June 15.

I saw the movies first on January 24th at a research screening and at that time, I called it the most funny movie I have seen in theaters since the original The Hangover.

After a second watch and a few minor tweaks in the film, I stand by my January 24th words. The movie was just as funny the second time around. Good for Adam Sandler, it has been a while since he has made a truly funny movie, even as going as far as turning some fans completely away from him with movies like You Don’t Mess with the Zohan and Jack and Jill.

To be fair, however, Grown Ups was pretty funny and Funny People wouldn’t have been too bad if it were about 45 minutes shorter… Fuck off, Judd Apatow, we didn’t need 30 minutes of your kids on screen and we would have been just fine with 100 dick jokes, rather than 835.

It was a bit odd tonight; the studio people (or research people, whoever they were) asked that viewers not talk about the movie on the internet and social media. I cannot figure out why. The movie was funny and well worth a  watch. Why wouldn’t they want screening viewers to tell people about it? Well, I didn’t follow their instruction…

That’s My Boy is one of the few comedies I would recommend going to see the opening weekend. It really is that funny. So funny, in fact, that you may miss a joke because you’re laughing too loudly at the previous joke.