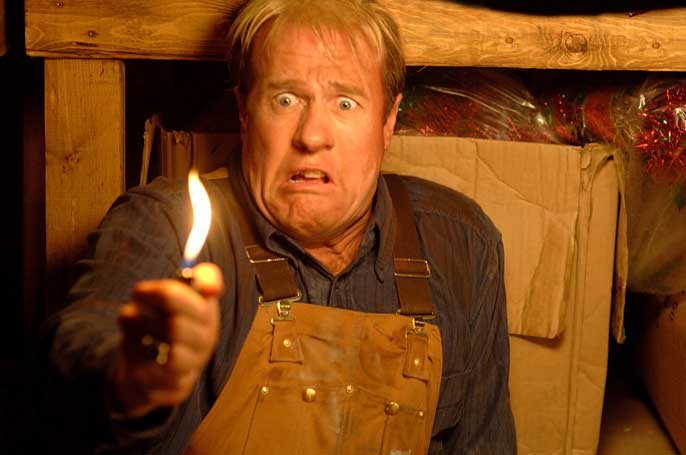 If you’re the type of person who takes movies too seriously, you will hate Slither (Written and Directed by James Gunn). Some of my friends think I fall into this category, but it is not true. I only take movies as seriously as they take themselves and Slither is not a movie that thinks it is anything it is not.

Slither falls into the Entertaining category. It is by no means a “must see,” but if you’re a fan of 1980s B horror movies, Slither is for you. It has aliens, zombies (well, sort of), humor and scenes that simply make you say, “that is f’ing gross…,” which is good!

This movie was recommended by three people: Simon Opitz, Brandon Prewitt, Rebecca Prewitt. Thanks for the recommendation!

The story of an infected alien meteor that falls to Earth and infects Grant Grant (Michael Rooker) while he is out trying to get some “strange” after being repeatedly rejected by his younger and hotter wife, Starla (Elizabeth Banks). Still loving his wife, while undergoing physical changes and morphing with a being millions of years old, Grant trys to reignite the fire in his marriage, while eating all the meat in the small deer hunting town.

Slither seems to be liked more by critics than viewers. I suppose critics understand the goal of the movie, which is missed completely by a lot of viewers?

Worth a Netflix rental, definitely… or even a regular rental… if they still have those types of places… I would watch Slither again!