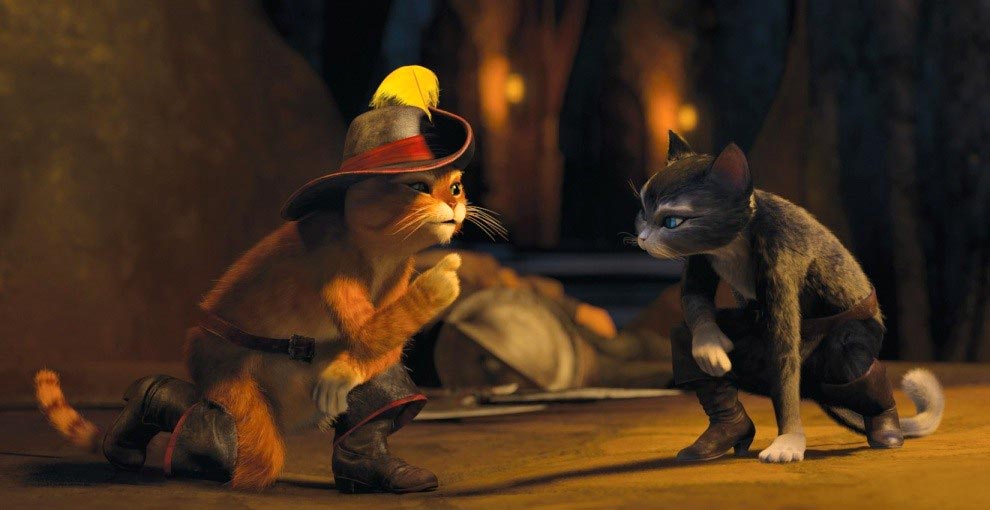 A spin-off prequel to the Shrek series. Puss in Boots is the story of the outlaw Puss (Antonio Banderas) as he tries to save his town along with Kitty Softpaws (Salma Hayek) and best friend and mastermind, Humpty Dumpty (Zach Galifianakis). The trio are in search of Magic Beans to to grow the beanstalk to the Giant’s castle in search of the Golden Goose.

Quite honestly, I am not a huge fan of animated movies. Most of the time, I would rather watch a real (live action) movie over a cartoon.

That being said, I expect nothing more from a cartoon than to be entertained. Sometimes that is hard to do, especially since most American animated films are created for kids.

Puss in Boots was mildly entertaining. I’m not sure it is worth a theater viewing, however.