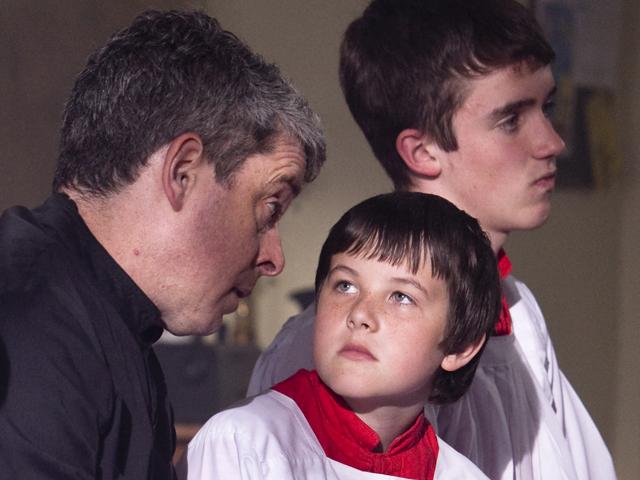 Pentecost, directed by Peter McDonald, is the story of Damien (Scott Graham), an Irish boy, who acts as an alter boy, carrying the incense burner at the local church. Grounded by his father for knocking the priest down by “accidentally” hitting him with the incense burner during a previous Sunday mass.

Disallowed to watch his beloved football (soccer) team games, his father agrees to allow him to watch the Championship Match if he agrees to stand in as incense burner and behave when the Archbishop (Des Nealon) visits.

Pentecost is my favorite of the Academy Award Nominated Short Film (Live Action). Lon time pal, Alex, went with me to watch all the Live Action Short Films at Tivoli today, Pentecost was also his favorite amongst the nominees.