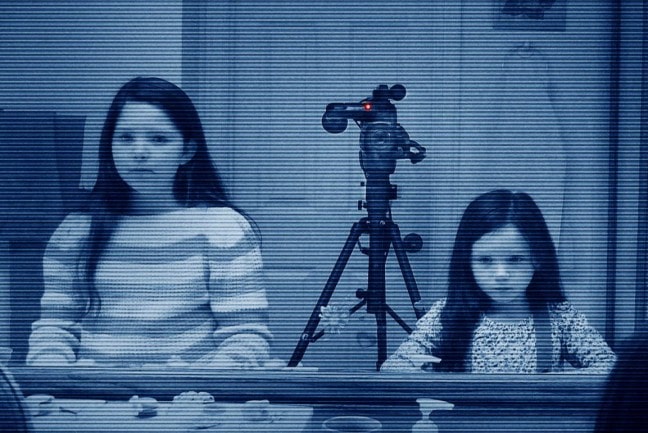 The film is a compilation of old VHS tapes which went missing from Kristi’s basement during her paranormal experiences and eventual murders of her and her family in part 2.

The film shows that the sisters have been haunted their entire lives. Part 3 is directed by Henry Joost and Ariel Schulman, the creators of the 20120 Facebook stalker documentary, Catfish. The duo is also set to direct part 4 of the Paranormal Activity series.

I watched Paranormal Activity 3, mainly because I have seen the first two films. Part one in theaters, then part two at home. The 3rd installment is the most creepy, in my opinion and has some very creative and startling “paranormal activities.”

The third installment is the most entertaining of the 3 films, and has actually left me eager for the 4th.