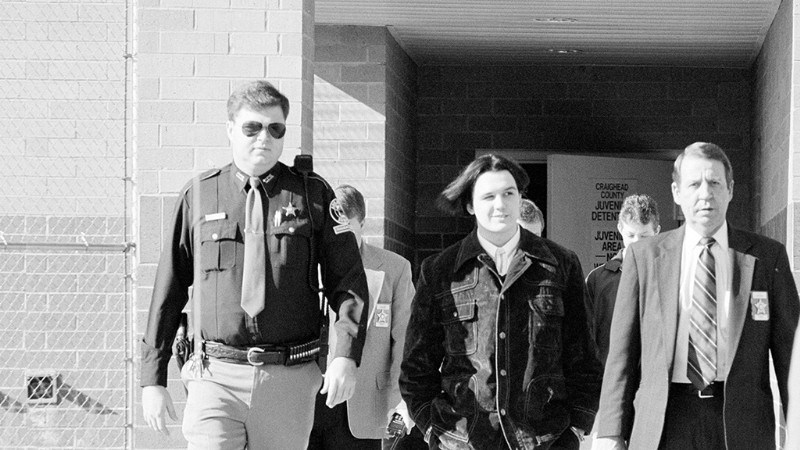 Another A Movie a Day bonus… Fighting hard to watch all the Academy Award nominees!

As you can see from the title of the film, Paradise Lost 3: Purgatory (2011), is the 3rd documentary from filmmakers Joe Berlinger and Bruce Sinofsky about three men who were tried and convicted as teenagers in 1994 of the 1993 murders of three boys in West Memphis, Arkansas. 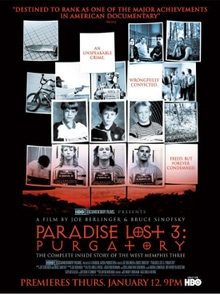 The third installment of the docu-trilogy picks up around 2007 as new DNA evidence is becomes available during the multiple appeals of the young men.

There is no need to watch the first documentaries in the series: Paradise Lost: The Child Murders at Robin Hood Hills (1996) and Paradise Lost 2: Revelations (2000), as the filmmakers do a good job of making this film its own, and tells the entire story from the beginning.

I am amazed to find out how much support the original documentary raised for the MW3; everything from musicians to actors to financial support to continue the appeals process.

Paradise Lost 3: Purgatory is nominated for an Academy Award for Best Documentary Feature. Unfortunately for the film, I believe the fact this is the third film by the same filmmakers about the same topic will stop it from winning the award.

Paradise Lost 3: Purgatory is a fantastic film… And even more fantastic is the impact the filmmakers had on keeping the case alive and helping raise funds for the MW3. The story told in the film is horrific, but also amazing and inspiring. The film shows the transformation of many key people in the case from 1993 to 2011, as well as helps right a horrible wrong.