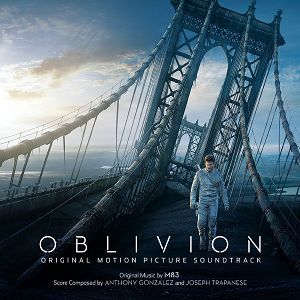 I was lucky enough to check out Oblivion at a pre-release screening in IMAX the other day. I have been excited to see Oblivion from the moment I saw the first trailer.

It is the year 2077. The Earth is barely inhabitable, riddled with radiation, following  an attack from space decades before. The human population now living on a space station or one of Saturn’s moons. Jack (Tom Cruise) is a military veteran tasked with protect and repair mechanical devices on Earth used to extract any remaining resources from the planet. These devices are continually attacked by Alien “Scavs.”

Jack is haunted by dreams and memories of things and events he should not know.

Oblivion offers plenty of action, but not over the top, and a great story with a fantastic sub-plot that makes its debut (I believe) on the main-stream sci-fi big screen.

To get the most from Oblivion, do little research. Don’t read any reviews that include in-depth plot summaries. Just go see the movie!

I have always been a fan of Tom Cruise. Simply, the guys does his own stunts… For me, that’s an action movie star!

Like most sci-fi movies, there are a few holes, but Oblivion does a good job in filling most of the holes, eventually.

I really enjoyed the film. Visually, the CGI didn’t take away from the film and the story (drama) and action balance each other very well, with neither burying the other.

Currently, Oblivion is 59% fresh on Rotten Tomatoes and has a 7.2/10 rating on IMDb.

Recommendation: For action and /or sci-fi fans, Oblivion is a must-see on the big screen! If you don’t see it in the theater, get it as soon as it hits Redbox!