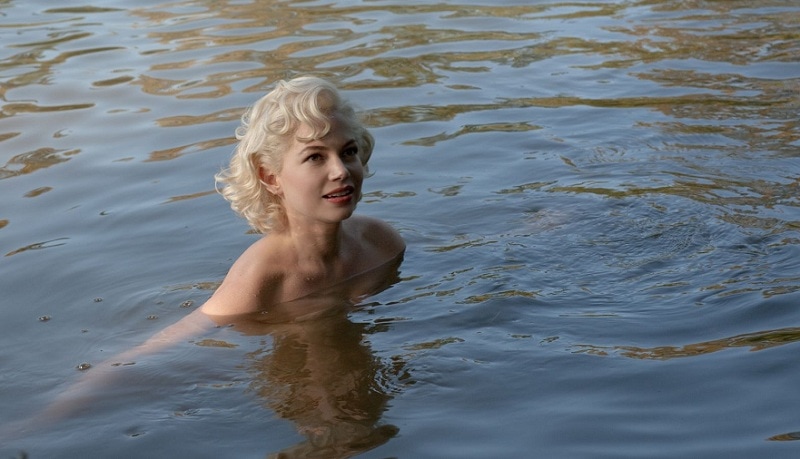 My Week with Marilyn is the movie version of the memoirs of Colin Clark (played by Eddie Redmayne) who worked on the set of The Prince and the Showgirl (1957), starring Laurence Olivier (played by Kenneth Branagh) and Marilyn Monroe (played by Michelle Williams) 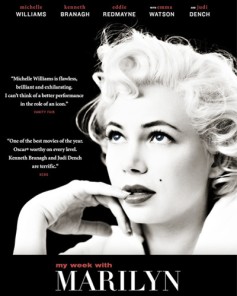 Recently, I watched an interview with Michelle Williams. She talked about starting out in acting (and even recently); she says she was/is always told that she isn’t pretty enough or isn’t skinny enough for this role or that role… Well, she has showed them (whoever “they” are)! She is now nominated for the most prestigious award in cinema, portraying the most iconic woman in American cinema!

My Week with Marilyn is nominated for two Academy Awards: Michelle Williams for Best Actress and Kenneth Branagh for Best Supporting Actor. I’ve said it before, I believe Christopher Plummer has the Best Supporting Actor Oscar wrapped up for his role in Beginners, but right now I am torn between Meryl Streep (The Iron Lady) and Michelle Williams for the Best Actress Oscar… I may have to wait until the afternoon before the Academy Awards (Feb. 26) to make my final prediction.

I really enjoyed My Week with Marilyn. Michelle Williams is fantastic in showing the behind-the-scenes of Marilyn’s torment and insecurities. If you’re a fan of Monroe, Americana, movie history or simply a movie fan, you will enjoy this film.