How can the Royals still trade Jeff Francoeur? How MLB trades can happen after the deadline 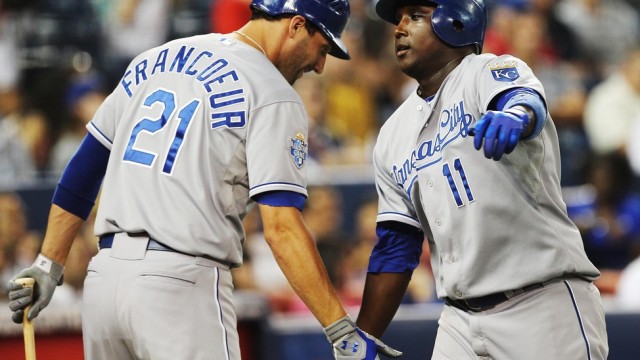 The 2012 MLB trade deadline has come and gone. The Royals traded away closer-by-default Jonathan Broxton to the Cincinnati Reds for a pair of minor league arms, but he was the only Royals player dealt at the deadline.

To the dismay of many Royals fans and presumably the Royals front office, Jeff Francoeur and Yuniesky Betancourt are still members of the Kansas City Royals organization. Jeff Francoeur has dissappointed at the plate in 2012 (no need to rehash the stats) and Betancourt is… Well, Betancourt – A sub-par middle infielder with a little bit of pop in his bat.

Although the Royals were unable to move these payers before the non-waiver trade deadline which occured yesterday at 3pm central, there is still a possibility the Royals could move Frechy and Yuni in 2012.

I will let Jason Stark of ESPN tell you – From an article originally published in 2004, but holds true today.

There are all kinds of waivers for all different occasions. But essentially, here is how waiver deals can be made between Aug. 1 and the Aug. 31 deadline for setting potential playoff rosters:

Will the Royals be able to move Francoeur?