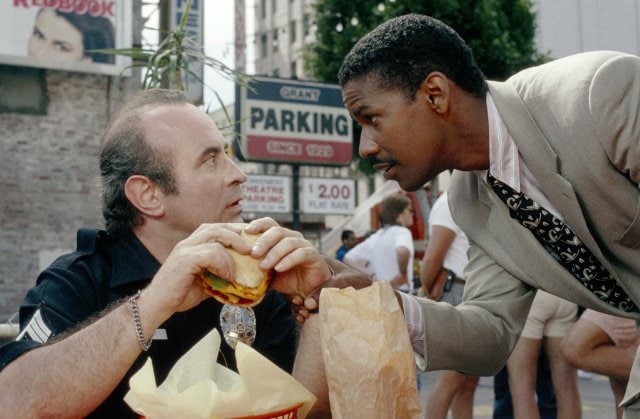 Last night I was flipping through channels and I happened to come across Bounce TV, showing Heart Condition. The movie hadn’t yet started, and was still showing the intro. Denzel Washington‘s name caught my eye. I had never heard of the movie, so I decided to watch.

Written and directed by James D. Parriott, Heart Condition is story of a racist cop – Jack Moony (Bob Hoskins) – who has a heart attack and receives a transplant from a black lawyer – Napoleon Stone (Denzel Washington) – he despises. Napoleon then comes back as a ghost, asking Jack to help solve his murder.

Denzel is WAY too good to star in this movie. A handful of nice one-liners and a few comedic sequences gives enough to keep the movie from becoming a complete waste of time… Just barely, however.

Interestingly, Denzel Washington was talked into making this film by his agent… Washington fired him shortly afterwards. A good move.

Skip this film, unless it is on Bounce TV late at night and you have nothing better to do… Or you’re a huge Denzel Washington fan.

Heart Condition is rated 5.3/10 on IMDB and is 0% fresh on Rotten Tomatoes.