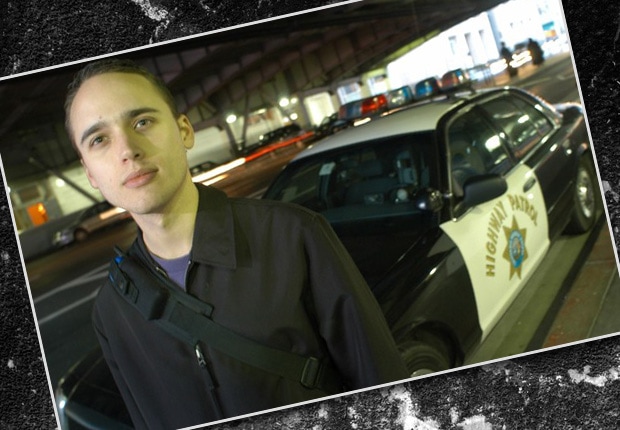 [quote_left] By clicking the link that said “Do Not Click This Link” you broke the same law that Adrian Lamo (“Hacker,” pictured above) did. You are now guilty and could face fines and prison time under the Computer Fraud and Abuse Act of 1986. [/quote_left]

The sub-title of this post is inspired by Sam Bozzo’s unpublished documentary Hackers Wanted (AKA You Can Hack It).

Simply, I love documentaries about the evolution of the internet and computer related technology. This short, unreleased, documentary presents some very interesting comparisons/differences/references to today’s hackers and electronic/information terrorism and German rocket scientists and the post World War II nuclear race.

At only 70 minutes, Hackers Wanted assumes the viewer has a general knowledge of the “big names” in the hacking world, yet doesn’t overwhelm a view by this assumption. Rather, Hackers Wanted focuses on a few who were, in my opinion, wrongfully charged and convicted for discovering and pointing out flaws in company websites/infrastructure such as: Yahoo!, New York Times, Pentagon, US Navy and more… All for no personal gain or profit.

Did you know… The term “hacking” as we know it today originated from the Tech Model Railroad Club from MIT, formed in 1946?Neither did I!

Although Hackers Wanted was “unreleased,” the documentary is available from many sources throughout the internet. Rather than going too in-depth in the blog post, I would prefer Readers find and watch the short documentary, then let me know your thoughts for a discussion through the comments section below.