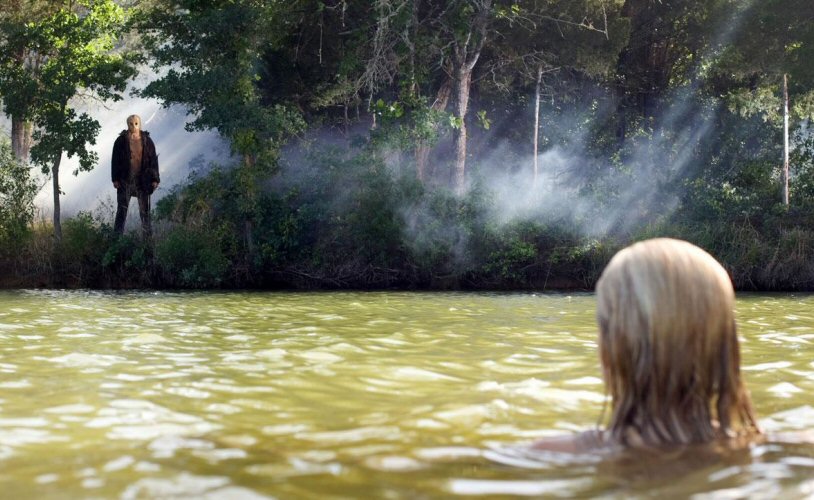 It was my intention last night to watch the original 1980 Friday the 13th, however, I noticed last minute that I do not have the original film, so instead, along with Brandon Prewitt, I watched the 2009 remake.

Originally, I saw Friday the 13th (2009, directed by Marcus Nispel) in the theater with Alex Thompson. I remember both of us finding the remake an acceptable movie.

Upon my second viewing last night, my original thought stands. My biggest concern for a remake is that the remake does not damage the original film. This remake does not. It keeps true to the true slasher and both of the requirements of a slasher film: 1) Buckets of blood 2) Boobs. Now, that may make me sound like a perv, but so what? What is a slasher film with no boobs? Half a slasher film… Period.

Brandon and I watched the “Killer Cut” extended edition, which includes about 8 minutes of extended footage. Being that I haven’t seen the film since the theaters and I am not as big of a Horror movie fiend as Brandon, he pointed out the additional scenes… and I can say, they were all “good cuts.” Most of the additional scenes screwed up continuity and flow of the film.

Thanks for hangin’ and watching the movie with me, Brandon!

Friday the 13th (2009) falls into my “Entertaining” category. The movie stays true to the original series, basically compacting 4 movies into one. Lots of cool kill scenes and nice boobies… Enjoy… If that’s your thing…