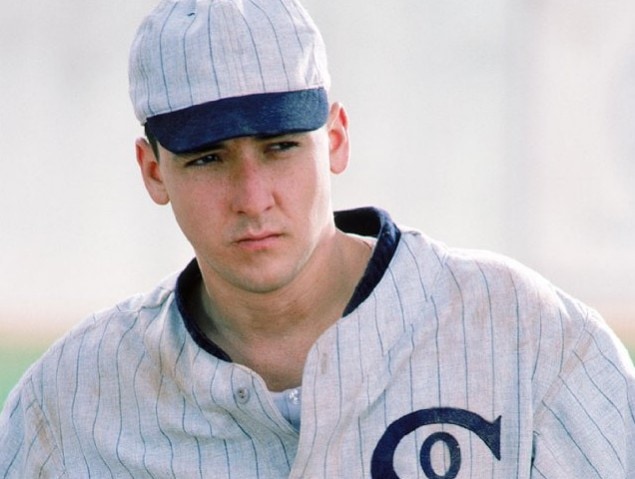 Keeping on the baseball movie trend, today I watched Eight Men Out. I actually have never watched this movie prior to today.

Eight Men Out is a dramatized story of the 1919 “Black Sox” scandal, where eight members of the Chicago White Sox were accused and stood trial for taking bribes and running a confidence scheme, while throwing the World Series to the Cincinnati Reds. The “fix” was led by notorious gangster and gambler Arnold Rothstein (Michael Lerner).

Through all of the accusations and lifetime bans, George ‘Buck’ Weaver (John Cusack) and Joseph ‘Shoeless Joe’ Jackson (D.B. Sweeney) maintained their innocence.

Pretty good movie, and a must-watch for baseball die-hards. I would have liked to see more “Shoeless Joe”. Arguably one of the best of all-time, but the film really only talks about him being great, and doesn’t SHOW it as much as I would have liked.