In the early 2000’s (I believe it was 2000, actually) I came up with a radical fantasy football format. I had been playing fantasy sports for a few years at this point, and I was ready to take it to a new level.

(If you don’t want to read the story, jump to the league format and rules or join Cutthroat Fantasy Football league)

I imagined a fantasy football league that was completely opposite anything that I’d ever seen. Instead of rewarding losing teams and inactive owners with high waiver claims positions and hoping your opponent would forget to set their lineup, my league would reward weekly high scorers and punish losers and aloof owners.

The idea of Cutthroat Fantasy Football was born!

As I was sharing my brilliant new league with the handful of fantasy football forums that were in existence and many NFL forums, I repeatedly received the same feedback, “You’re a f’in idiot. Why would anyone ever want to play in that type of league?” 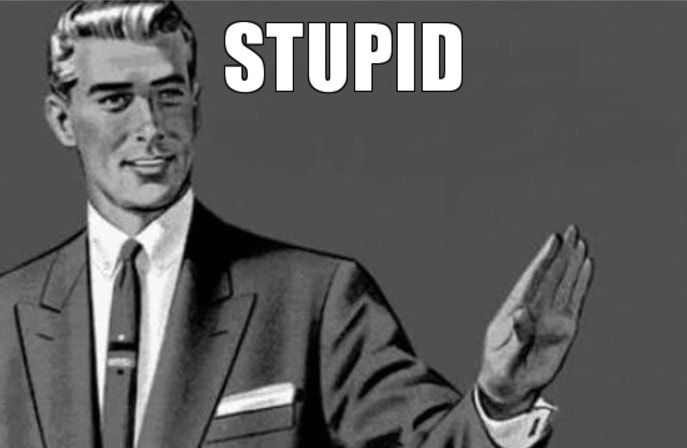 Literally everyone hated the idea of Cutthroat Fantasy Football at first. Yes, I know the meaning of the word “literally.”

In that first year, I didn’t find a single owner who was interested in playing in a fantasy football league that rewarded top teams and penalized the bottom-feeders. I shelved the idea for a few years.

Every two years (or so), I revisited the concept and shared it with the world. Each time, I received similar responses.

As well, serious players started getting sick of league commissioners allowing, inviting  and even encouraging these know-nothing lazy-assed owners. Serious players are in it for the hobby, not to win a few hundred bucks. Fantasy football is a 6+ month hobby and serious fantasy football hobbyists were sick of commissioners who only cared to win a few bucks from crappy aloof owners.

I had already recruited half of the league from the current fantasy football leagues I played in, so I only needed to find six more owners for the 12 owner league. I only needed six owners to participate in this grand experiment – and I had finally found them after 15 years of searching!

Finally, I found enough “nerds” to join my journey

2017 marks the third year of Cutthroat Fantasy Football and the rules have evolved and changed year to year. Each year we have turnover of 4-5 owners, but every owner who leaves the league says it was their favorite league the year before. Simply, the owners who leave the league recognized they may not have the time to commit to the Cutthroat for the upcoming season.

Don’t be an Inactive Cutthroat Owner

Cutthroat Fantasy Football league owners must check-in at least once every 24 hours by posting a message in their team’s thread on the league’s message board.

It’s not all about Winning each Week

No. I’m not going to tell you MY strategies – hopefully we’ll play together one year.

That said, the Cutthroat format leads to many different strategies.

After a month of researching and testing nearly two dozen fantasy football websites in 2015, I selected myfantasyleague.com to run the Cutthroat Fantasy Football league. We have used My Fantasy League ever since.

Fantrax came in a close second. If I wasn’t already playing in four other leagues already using My Fantasy League, I would have selected Fantrax to run the Cutthroat Fantasy Football league. I had used Fantrax to run my fantasy baseball league for years and it is a super-impressive platform with tons of options and capabilities.

I doubt there will ever be a fantasy football website system that can handle all of the Cutthroat Fantasy Football requirements. So, if you decide to start up your own “Cutthroat” inspired league, make sure you’re prepared to spend time each week managing the league.

You are welcome to copy my Cutthroat Fantasy Football league rules and start your own league. Tell me about it in the comments section below! Let me know which rules you kept and which you changed.

What do you Think about Cutthroat?

Do you have any questions or thoughts about the Cutthroat style fantasy football league? Ask questions and tell me what you think in the comments section below.