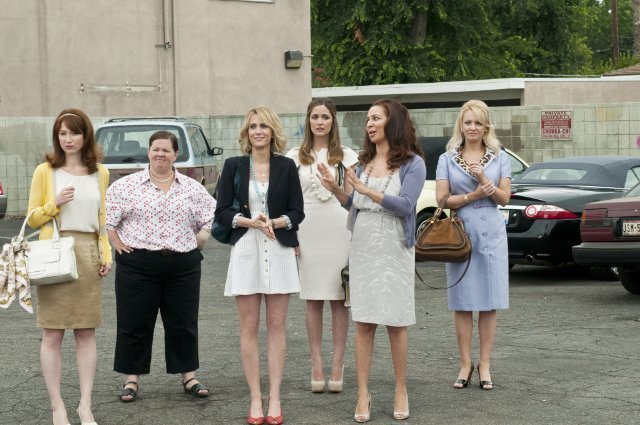 Another Academy Award nominated film I watched in 2011 and may not get a chance to watch again before the ceremony on Sunday… So, another short blog post.When Bridesmaids was first released, I remember people who saw it were comparing it to The Hangover. Bridesmaids is not quite that funny and is way too long, at 2 hours and 5 minutes. An hour and a half would have been much better.

Bridesmaids is funny, and Melissa McCarthy is funny, but I don’t believer her role warranted a nomination for Best Supporting Actress. Sorry, Melissa…

Bridesmaids is funny and entertaining. The long running time leaves multiple slow parts of the movie you will be praying to speed up. Overall, I would the film.