‘Bad Motherfucker’ by Biting Elbows, Most Awesome Music Video Ever 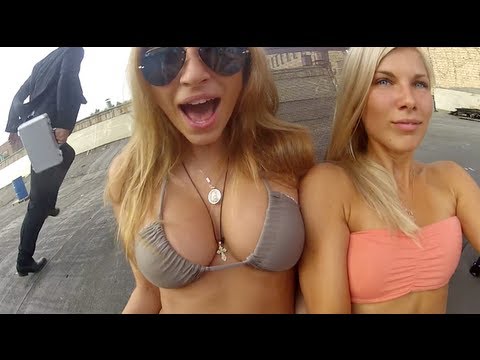 The video has been on YouTube since mid-March, so apparently, I am late to the party, but nonetheless, this video, directed by Ilya Naishuller, is 100% certified bad-ass!

Even ground-breaking Oscar winning director/cinematographer Darren Aranofsky has taken notice via Twitter, saying “so well done,” with a link to the music video.

The ‘Bad Motherfucker’ video is appealing on so many levels. It tells the story of an undercover secret agent, captured and alone, struggling to survive against an army of henchmen.

It tells the mysterious story of a device that transports whoever is touching it to a random place around the world when it comes in contact with water… Which ends with viewers craving more from the story!

Fans of first-person shooter video games will be in love immediately with the video shot in the point-of-view of the story’s main character, using GoPro cameras.

Also, check out the prequel music video to the song ‘The Stampede’

What do you think?