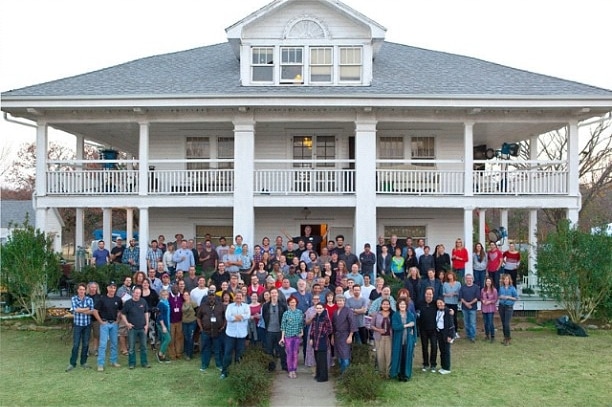 Last night I attended a research screening of the upcoming Meryl Streep and Julia Roberts film, August: Osage County. Research screenings are a bit different than a regular screening. Research screenings are generally months before the film is released (August: Osage County is set to be released on November 8th), the studio asks that attendees fill out a questionnaire of approximately 30 questions, the film quality is not yet release ready, soundtracks are different and scenes will be changed in the final release. This is my favorite type of screening to attend.

August: Osage County is an adaption of  the dark comedy play by Tracy Letts, which was the recipient of the 2008 Pulitzer Prize for Drama.

August: Osage County marks the big-screen directorial debut of John Wells (executive producer of ER, The West Wing, Shameless, Southland and many more). Wells has directed a handful of episodes of Shamless and ER.

August: Osage County tells the story of three adult daughters who return to their childhood home in Small-Town Oklahoma to console their prescription drug addicted mother, Violet (Meryl Streep), who has mouth cancer following the suicide of their father. The family reunion brings up a lot of hold memories and family secrets begin to be revealed.

I tend to be a fan of “old people” movies… No, really. Last year The Best Exotic Marigold Hotel was one of my favorite films I saw in the theater. For me August: Osage County wasn’t much different. I really enjoyed it. Tons of drama, with just as much dark comedy splattered throughout. The film is very well acted all the way around, with Julia Roberts as the oldest daughter, Juliette Lewis as the middle daughter, Julianne Nicholson as the youngest daughter with Margo Martindale, Chris Cooper, Ewan McGregor, Dermot Mulroney and Benedict Cumberbatch.

Expect Oscar buzz to surround this film, especially for Meryl Streep for Best Actress and possibly Julia Roberts for Best Supporting Actress, but then again, it could go the other way around… or they could steal votes from each other in both categories, with neither ending up with nominations…

I will definitely see August: Osage County again once the film is complete.

Recommendation: Meryl Streep, Julia Roberts, intense drama and/or black comedy fans will definitely enjoy this film. I’m not sure it’s the type of film that is a opening night must see, but definitely worth the price of a movie ticket and definitely a Redbox rental.