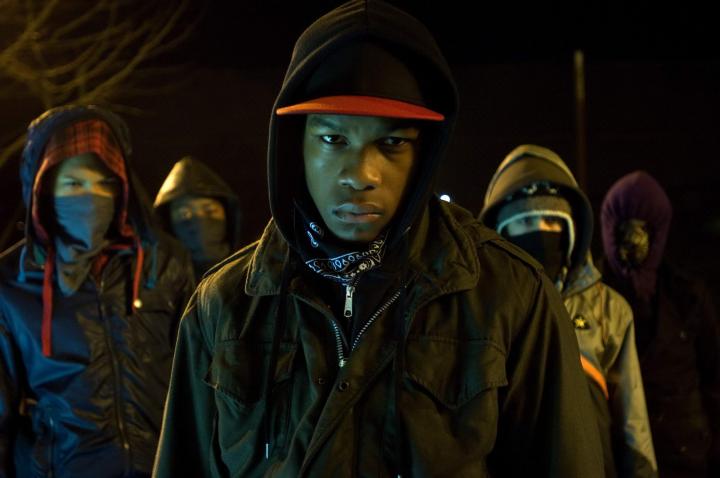 Attack the Block, written and directed by Joe Cornish, produced in part by Big Talk Productions, known for films including Shaun of the Dead, Hot Fuzz and Scott Pilgrim vs. The World, and if you like these movies, I have no doubt you will enjoy Attack the Block.

A gang of teenage thugs takes on a small alien invasion in London after mugging a young nurse on her home from work, but aliens aren’t the only things the gang has to worry about… They’ve also upset the neighborhood weed dealer.

Immensely entertaining and creative. I read one review that said this is the movie Super 8 wished it was. I like Super 8 and I like This film just as much, if not more.

Definitely worth a second watch.

I highly recommend Attack the Block to anyone who is a fan of an of the movie mentioned above or fans of  the comedy/horror genre.